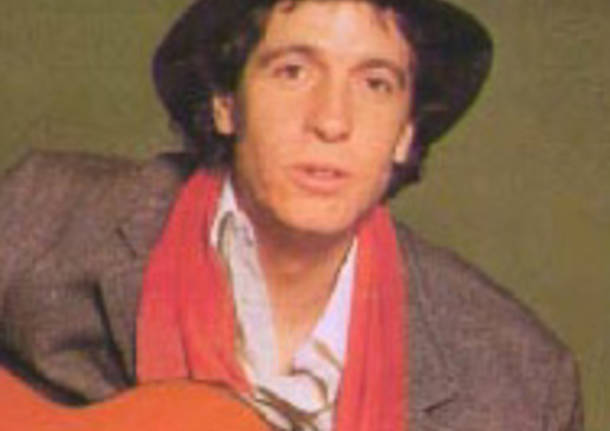 The similarity with his mother, Laura Efrikian, can be seen immediately, but his talent for singing has undoubtedly been inherited from his father, Gianni Morandi, who certainly needs no introduction. Marco Morandi, who was born in 1974, has already proved to be worthy of his famous parents and his grandfather, the great violinist. After studying for 10 years at the conservatory, he established himself as a musician and composer, and also as an actor and performer (for example, he is “Gianburrasca”, in the musical of the same name). On Friday, January 11, at 9.00 p.m., at the Teatro Tirinnanzi, he will be performing songs by Rino Gaetano, in a concert/tribute entitled “Chi mi manca sei tu”.

There are still many mysteries surrounding the death of the singer-songwriter; in one of his songs, “La ballata di Renzo”, the protagonist loses his life in a road accident. So far, there is not a lot to say; however, the song’s lyrics describe dynamics that are incredibly similar to those of Rino Gaetano’s road accident, in 1981, when he was only 30 years old. The lyrics of the song even mention the names of the hospitals that, nine years later, were involved immediately after the fatal accident, in Via Nomentana, in Rome. Whether it was an inexplicable mystery or a trick of fate, this song is an indelible testimony to this, with all the flavour of a disturbing prophecy. But it is Rino’s music that immortalised him, songs like “Gianna”, “Il cielo è sempre più blu”, “Berta filava”, “Ahi Maria”, “Nuntereggae più”, “A mano a mano” and others, which will be brought to life, at the Tirinnanzi, by the beautiful voice of Marco Morandi. With him will be Claudia Campagnola, in the role of a groupie, presenting never-before-revealed details of Rino’s life. The groupies were fans who, in the 1970s and 1980s, followed their idols on their tours, becoming infatuated supporters. Thus, the life of the most beloved and controversial Italian singer-songwriter, whose songs are still popular, thanks to the relevance of their music and lyrics, will be revealed. With them, there will be Giorgio Amendolara (piano, keyboards), Menotti Minervini (bass), and Umberto Vitiello (drums and percussion). The concert has been written and directed by Toni Fornari, who, with his brother Augusto, has written for singers of the calibre of Loretta Goggi and Johnny Dorelli, and who has authored comedies such as “Finchè giudice non ci separi” (which included the actor Nicolas Vaporidis), and “La casa di famiglia” (which included Simone Montedoro).

And on www.vivaticket.it (with a small, advance sale cost per seat).