No tablets or smartphones for children under 2: this is the recommendation of the WHO

The new guidelines from the World Health Organisation for children also recommend sleep and physical exercise; it is forbidden to stay sitting for more than an hour 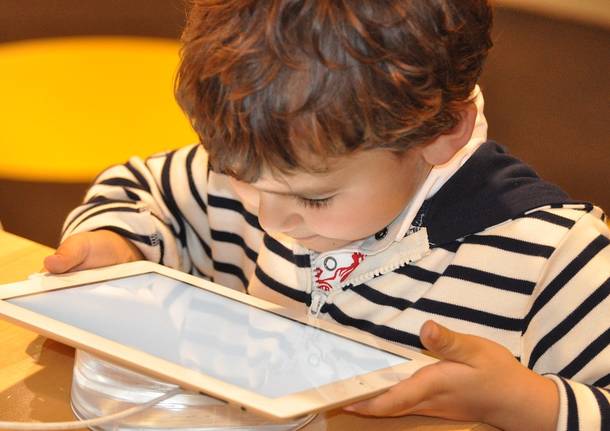 The Italian Society of Paediatrics had already thought about this, but now also the WHO is banning the use of smartphones, tablets and screens in general for children under two years of age.

This recommendation is contained in a new directive concerning the health of pre-schoolers, the objective of which seems primarily to promote movement and healthier lifestyles from early childhood. Respecting the right number of hours of sleep, another Achilles heel typical of young children today, is also included.

It is no accident that the new WHO guidelines will be officially presented in a few days’ time, in Glasgow, at a European congress on obesity.

The new guidelines are in line with the advice already given by Italian paediatricians and recommend against children under two years of age passively watching any screen. This goes for tablets, smartphones, TVs and computers. This ban is dropped after the age of two, when the use of these devices is allowed, under the supervision of the parents, but for a short time, and, in any case, for less than one hour a day, at least until the age of 4. And, according to Italian paediatricians and educators, they should never be used to calm or distract children, like an electronic pacifier.

The new indications aim to stop the lack of exercise in childhood, which is recognised as an important risk factor in mortality and diseases related to obesity around the world.

Children are earthquakes by nature, but screens tend to keep them still, too still for their harmonious development. Therefore, the WHO felt obliged to recommend that children should be physically active during the day, and also advised against overusing pushchairs.

Children from 1 to 4 years of age should do at least 3 hours of physical activity per day and older children should do intense activity for at least one hour, and should never sit for more than one hour.

Another shared problem, for which the WHO has decided to intervene, is sleep: babies should sleep from 14 to 17 hours, including naps. In the first and second years of life, the need for sleep drops to 11-14 hours a day, and to 10-13 hours a day for children aged 3 and 4.