2,000 euros for an entire year of culture

Progetto Democratico and Samarate Città Viva complain about the lack of attention to cultural policies. "On the other hand, 14,000 euros are spent on the councillor who deals with culture" 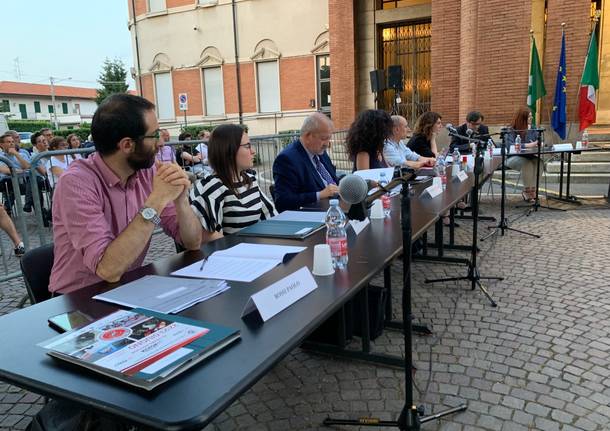 On 11 November 2019, in the atrium of the Town Hall, a joint meeting of the budget and culture commissions was held, which had been requested by Progetto Democratico and Samarate Città Viva.

Well, brace yourself, for the culture, the Puricelli council has allocated, to 2019, the astonishing sum of 5,000 euros (five thousand)!!! Of these 5,000 euros, 3,000 (which is the 60%) are already committed to the summer event “Notti Bianche”, already well organized and well managed by the Merchants Association. So, for new events, there are only 2,000 euros left…

On the other hand, the same Puricelli council, spends about 14,000 euros for the annual salary of the Councillor for Culture! All this, in our opinion, makes no sense… spending three times the available budget for events only for the salary of those who should organize them is unacceptable.

However, the comment of a member of the majority is very important, who referring to the joint convening of the budget and culture committees writes that they have been convened for “minimal” topics. We realized that you consider them “minimal” … Not only they write it, but they also prove it by allocating only 2,000 euros for a year of events, that is, nothing or even less than nothing, if it were possible! And on top of that, the mayor, who was present in the committee, has not been able to report on the destination of these funds! In fact, the question “what are the planned activities?” had entrenched himself behind the absence of the councillor (who has our best wishes for a speedy recovery). We find it unacceptable that, six months after the start of the work of its council, the first citizen does not even know the planning of a department.