Following its promotion, Ceresio is looking at quality tourism

From 1 to 3 November, at “I Viaggiatori”, the holiday trade fair in Lugano, the basin authority of Lake Ceresio, Lake Piano and Lake Ghirla, is taking a leading role in promoting the tourism potential of Upper Varese Province 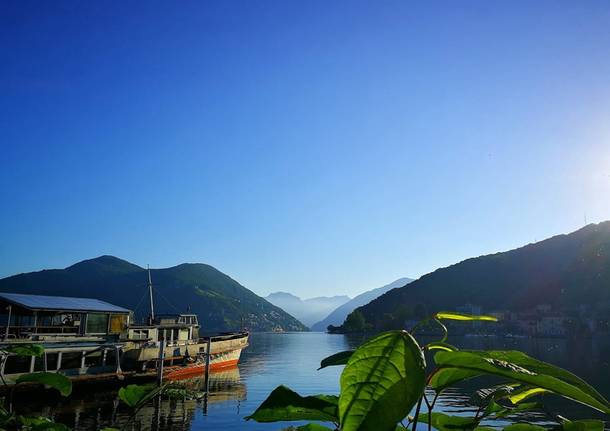 In the last few months, a lot has been happening on the topic of developing the tourism potential of Upper Varese Province, particularly in the Ceresio area.

A few days ago, after the positive assessment of the quality of the lake water, by the International Commission for the Protection of Italian-Swiss Water, and the signing by the Basin Authority of the Pact for promoting tourism of the lakes of Como, Ceresio and other, smaller lakes, from tomorrow to 3 November, Lake Ceresio and its territory will be the focus of “I Viaggiatori”, the Holiday Trade Fair, which is taking place at the Lugano Exhibition Centre.

Over these months, the Basin Authority of Ceresio, Piano and Ghirla lakes has been leading the work to find new ways of exploiting tourism in this territory which is full of potential, under the guidance of Massimo Mastromarino, the Mayor of Lavena Ponte Tresa. At the important event in Lugano, he will be explaining the strategies and objectives for relaunching tourism in the Ceresio area, starting with the positive data that emerged in Zermatt.

“We need to go beyond an approach that is both localised and localising,” said Mastromarino, “to create a dynamic system that brings together those who govern and those who want to be protagonists. These are the first steps to be developed and aims to be achieved. In an extended system, each territory must be able to promote its own strengths, particular characteristics and identities, with direct or indirect actions, that are always complementary, by working also on the critical areas to make every project even more fascinating. This has led to strengthening connections inside and outside the area of competence of the Basin Authority, an opening up that gives value to human and social factors so that a knowledge and system network for heritage that is immense from the point of view of tourism is created, in which each player has his role and responsibilities.”

Of course, the “healthy state” of the lake is the starting point around which to grow the tourism offer, and in this sense, the news is more than positive.

According to what emerged from the meeting in Zermatt, the process of improving the quality of the water of the Italian-Swiss lakes continues, particularly that of the water in Lake Ceresio and Lake Maggiore, a result which has been obtained following the interventions carried out in the last few years on the chemical, biological and environmental quality of the water.

This data will be examined during a briefing scheduled for tomorrow, Friday, 1 November, at 11 a.m. in Hall 5, in the Tasting Area, inside the “I Viaggiatori” trade fair.

“It is essential to start a project whose goal is to create an integrated system of tourist development, to promote what already exists,” explained Giovanni Bernasconi, the vice-president of the Basin Authority and Mayor of Claino con Osteno. “But the individual initiatives are no longer sufficiently effective to be put on the market with strength and determination, so each action must be assessed in an integrated and extended system that sees the cooperation of both public and private organisations. And, above all, each form of promotion must be placed within the context of a tourism objective.”