Richard Gingras at Glocal19: “Paying for the contents we show violates the open web”

At Varese’s festival of journalism, the Vice President of News at Google spoke about the future of the media, including artificial intelligence and economic sustainability 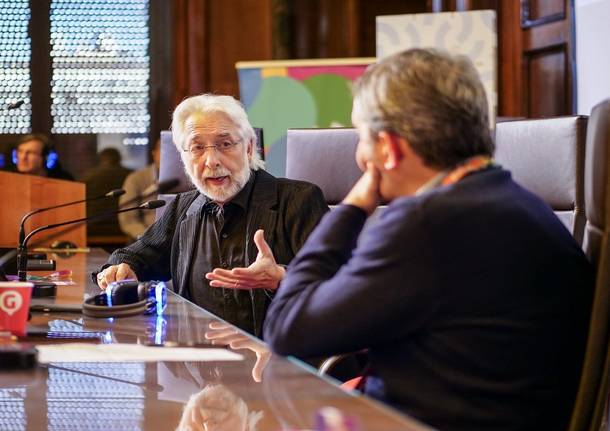 “Our users trust us and put much greater faith in us than in any other source of information, because they sense that people haven’t paid to appear in our search results. Of course, we have ads, but we don’t accept any payments to modify the results provided by our search engine. If we did, we’d fail the principles of the Internet itself.” This is how Richard Gingras, the Vice President of News at Google, defended the position taken by the Big G, after France adopted the Copyright law of the European Union.

In an interview with the former editor of La Repubblica, Marco Calabresi, on the Glocal stage, Gingras replied to French publishers and journalists “who stated that, if they hadn’t allowed us to show the previews of their articles, [a circumstance defined by the French implementation of the Copyright law of the European Union, ed.], we’d have excluded them from the search results. This is an objective mistake; we’re not going to change the way we show our search results.”

On the contrary, after the implementation of the regulation, “we suggested new protocols to them, that allowed the journalists themselves, through their publishing system, to decide whether we can use a preview of their articles or videos. But we were clear: we’re not going to pay to show those contents. To do so would mean violating our principles; the law doesn’t allow it and it would be inappropriate for the nature of the open web.”

Participation in Varese’s digital journalism festival also provided an opportunity to talk about his view of the future of journalism. “In 1977, they told me: if you’re interested in the future of media, stay close to technology. At the time, it wasn’t so obvious.” This position does not imply an uncritical adherence to what is new; “technology has value, but it has no values,” he pointed out.

The last frontier is artificial intelligence. “We dedicate a lot of our time to understanding how to develop computer-assisted reporting. Today, much of my role entails working with the ecosystem, on the one hand, to reduce the costs of journalism, and on the other, providing reporters with new tools.”

But (Calabresi pressed), do the new digital tools make everyone a reporter? “No, but it gives everyone the opportunity to become one. I think one of the great things about the freedom of expression is that you don’t need a license to be a journalist. And you shouldn’t need one.” More generally, “the role of journalists is to provide people with all the information they need to become active citizens. You mustn’t tell people what to think, but how to think.”