Best films to watch during quarantine

The quarantine has changed the lives of everyone, forcing people to spend their days in front of the television or of the computer 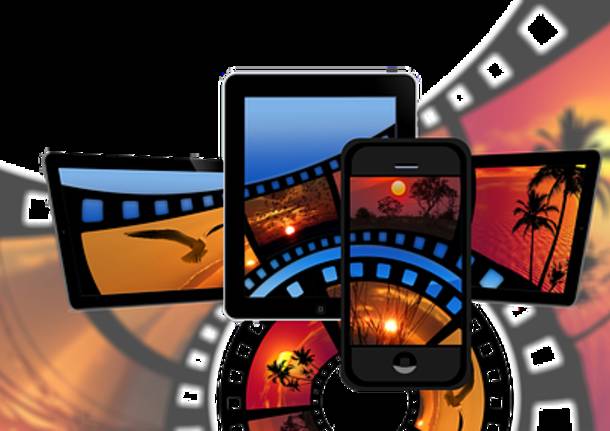 The quarantine has changed the lives of everyone, forcing people to spend their days in front of the TV or of the computer. Much of the time spent in front of these devices is wasted looking for the right film to watch on websites like filmpost.it, so, to resolve this problem, we have decided to suggest a number of feature films that you can spend a few hours with, relaxing. Action, romance and comedy; we will try not to leave out any of these, to satisfy the widest audience possible. In fact, everyone is facing this period of seclusion in his own way. There are those who are unable to do nothing, who keep busy with a thousand different hobbies, trying to involve the people close to them; then, there are those who prefer to take advantage of these weeks to find themselves again, just lazing around, reflecting.

Of course, every personality type can be matched with a different film genre. So, the more sentimental and emotional people will find more pleasure in a nice romantic film, and the more active and energetic will prefer to see a nice action film, that gets their adrenaline flowing. Those who feel crushed by their own four walls will find relief in a nice comedy that helps them forget all their misfortunes and makes them laugh.

The first recommendation we give you concerns the Three Flavours Cornetto Trilogy, which includes three films directed by Edgar Wright and written together with Simon Pegg. Pegg and Nick Frost are the two protagonists around whom the plots of the three films revolve. There is no continuity between the three films, in terms of genre or plot. Shaun of the Dead (2004) is a zombie romantic comedy, Hot Fuzz (2007) is a comedy that is a mix between a thriller and a mystery, and The world’s end (2013) is a sci-fi comedy. Although they vary from film to film, the two protagonists keep very precise characteristics. The character played by Simon Pegg is anonymous, an Englishman like many others, anxious about his present, with no certainty about his future, loyal and committed to observing the rules. The character played by Nick Frost is the typical slacker with no desire to work, who relies on his friend to make ends meet and to have a place to sleep. They are two very different, but incredibly complementary characters, who will first have to face a horde of hungry zombies, then a dangerous serial killer and finally mysterious alien creatures.

Are you looking for the ultimate nonsense? Then why not watch Shaolin Soccer, a 2001 film that combines football, martial arts and the most different Italian dialects. The dubbing is the key to the humour in this film. Each character speaks with a different inflection, a particular choice that turns out to be a winner, in fact, many gags are based on surreal exchanges of lines spoken in heavy dialect. Sicilian, Neapolitan, Roman and so on, the protagonists use dialects from all over the country. The protagonist in the story is Sing, a student of Shaolin kung-fu, who has fallen into disgrace and is forced to become a tramp. A fortuitous encounter with Fong, a former Chinese football star, changes his life. The two combine their loneliness and talents to create an unusual project. By combining football and martial arts, they start a boisterous football team, whose aim is to win an important football tournament.

Are you an adrenaline junkie who is only interested in the action? Well, the John Wick trilogy is what you need. The main character in the saga is played by the indestructible Keanu Reeves who had to follow a strict training regime to prepare for the action scenes. John Wick is a former professional killer, who retired to finally live in peace with his wife. Alas, his wife dies of a terminal illness, leaving her beloved a puppy as a gift. Wick, who is emotionally devastated establishes a very strong bond with the animal, which is broken only by its death at the hands of a young Russian criminal. This is the spark that triggers a murderous fury in Wick that reaches beyond the end of the first film in the saga. What we see, scene after scene, film after film, is a domino effect that brings the main character to fight against an ever increasing number of people. The only way to survive is to physically eliminate all of his enemies, with perfectly choreographed fights and extremely imaginative methods.

If you love the action films of the 1980s, then maybe it is time to pull out again and watch Die Hard, with Bruce Willis. Die Hard is the film that definitively launched Willis into the Pantheon of the most sought after and paid actors in Hollywood. The 1988 film is only the first in a saga dedicated entirely to the ruthless deeds of the cop, John McClane. The events of the story take place at Christmastime, and it is during a party organised in the building where McClane’s wife works that our protagonist shows what he is made of. A group of terrorists break into the building and take about thirty hostages; McClane manages to escape and begins a personal fight against the criminals. About 130 minutes of pure suspense and adrenaline that will keep viewers with bated breath.

For the lovers of romance, we recommend Her, a film directed by Spike Jonze, starring Joaquin Phoenix and the intense voice of Scarlett Johansson. The film, which is set in a not too distant future, won the Oscar for the Best Original Screenplay, in 2014. Theodore (Phoenix) is a lonely man who is trying to put the pieces of his life back together, after separating from his ex-wife. Although he is a solitary man, he loves to seek company in phone chats; driven by this particular passion, he decides to buy a new, revolutionary operating system, called “OS 1”. This new tool promises artificial intelligence that can grow, learn and adapt to the interlocutor. The man is immediately impressed by the program, which autonomously gives itself the name Samantha, and by the great potential it shows. The surprise with time becomes a more intense, more complex feeling, and as a result, Theodore falls in love with the “voice”. This is a delicate film that carefully and curiously analyses the relationship between man and machine, trying to understand how far our species can go.

Our final recommendation is Silver Linings Playbook, directed by David O. Russell, starring the brilliant Bradley Cooper and Jennifer Lawrence. This film talks about love but in an unconventional way, with a story full of characters in a constant battle with each other and their darkest fears. Like every good self-respecting romantic film, there is a main character (Pat, played by Bradley Cooper) whose life has been abruptly overturned by divorce and by a diagnosis of bipolar disorder. Eager to take control of his life, on leaving the psychiatric facility, he decides to reconquer his love. But then, Tiffany (Jennifer Lawrence), a mysterious girl, who, after the death of her husband, decides to lead a life of debauchery, bursts onto the scene. Not without difficulties, the two understand that the only way to move forward is to leave their pasts behind them.