David di Donatello: Andrea Leanza, from Saronno, has been nominated for the make-up of “Hammamet”

With him are make-up artist Luigi Ciminelli and colleague Federica Castelli, who worked on the "transformation" of Pierfrancesco Favino into Bettino Craxi in hours and hours of study and practical work It was pretty much a foregone conclusion, given the success with the public and critics, but now it’s official: make-up artist, Andrea Leanza, from Saronno is a candidate for the David di Donatello 2021 for the prosthetic make-up of the film “Hammamet”. With him are make-up artist Luigi Ciminelli and his colleague Federica Castelli, who worked on the “transformation” of Pierfrancesco Favino into Bettino Craxi in hours and hours of study and practical work.

Today, Friday 26th March, came the official news. Laenza happily talked about his house in Saronno: “A nice news, I needed it,” he said, “both I and Federica are super happy about the news about the candidacy, really a beautiful feeling! Personally, I am happy for all the category because among the candidates there are jobs with a high-quality level, which it let us hope about the will of the productions of aiming high and daring. 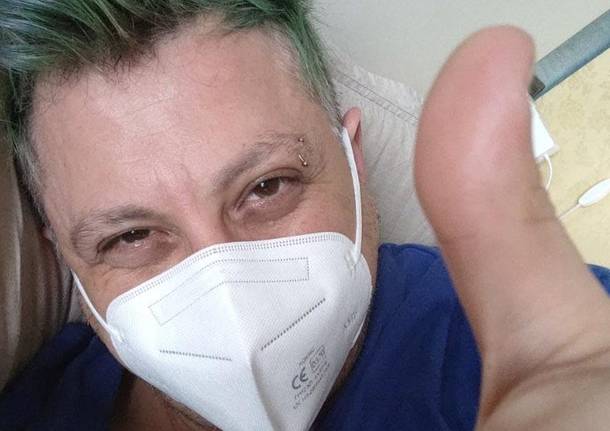 About a year ago Laenza told us the procedure and the work required to reach the goal, totally fulfilled, to recreate the figure of the socialist leader on the Roman actor’s face, between 3D casts, portion of skin to apply and endless make up sessions: “We were busy on the set for 39 days, adding 5 more days of auditions. First we worked here in the lab, the we moved to Legnano, where the first scenes were filmed, then to Tunisia at Craxis’s house. Every morning it took at least four hours of make-up: starting with Favino’s hair, glued on with a very strong gel; then the undercoat was positioned, the prostheses, the neck, the nose, the upper lip, the earlobes, the cheeks, the chin, the lower lip, the head and the eyelids were glued on. Finally, after the hairdresser’s turn, the eyebrows were placed. We created more than 500 pieces in all, including sets, scraps and tests”.

He was already in contention for the statuette for the make-up of “The First King: Birth of an Empire” in 2020: he did not win last year, but his name was already being mentioned for “Hammamet”, the film by Gianni Amelio, which was also nominated for the David Awards in several other categories including best film, best director, best leading actor, best supporting actress, best actor and supporting actress, photography, soundtrack, set design, costumes, hairstyles, editor, sound and visual effects.