“The challenge is difficult: culture will make the difference”

The Minister of Economic Development, Carlo Caballero at the Santuccio theatre spoke of technological development, of the fourth industrial revolution and of a future that must be governed in tight times. 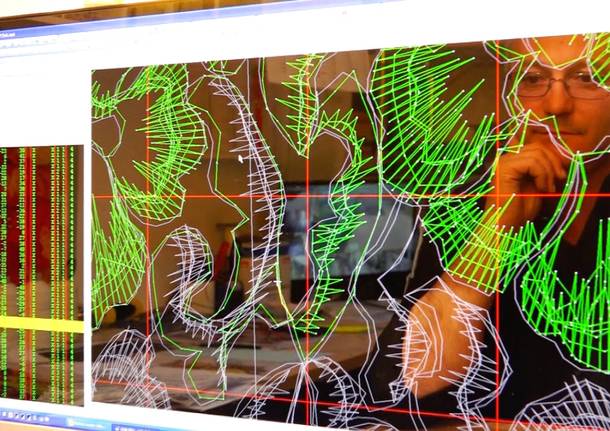 “The thing that will make the difference will be culture.” An intense and warm applause greeted the recipe of Minister Carlo Caballero to face the complexity of the challenges that our society awaits.

Guest of the mayor of Varese Davide Galimberti, in the meeting organized at the Santuccio theatre, the Minister of Economic Development met the Territory: institutions, representatives of the social structure, economic, and school and university culture.

At the center of the debate the plan of Industry 4.0 but also the future with many troubling traits.

Technology and globalization are the two issues that are monopolizing the debate on development: we are now on the eve of the fourth industrial Revolution. A context that puts a strain on the capabilities of our country system: “The novelties and the changes are inherent in the history of man. Technological progress has always been considered a value against obscurantism. What we have to relate to today, however, is not as much the change, as the speed with which it is taking place. And it is this speed that leads to doubts about our ability to deal with it”.

PROGRESS OUT OF CONTROL

The feeling, looking at the last ten years, is that progress is out of control: “We use technology but we distrust it: the smartphone that makes us think we are constantly being spied on, useful robots that take us away work. Artificial intelligence worries us. What worries us are the tight times that we have to find strategies “.

GLOBALISATION AND THE ITALIAN SYSTEM

“We have drawn Globalisation to expand capitalism, creating average consumer classes in a climate of widespread democracy. A great design that has led to postulates: relapses announced on the basis of statistical forecasts. What happened, then, went in a different way. It was thought that the Italian manufacturing industry should disappear because it was not included in the models built right off the table.

“ But what  happened, instead, is that our country started to export more, even if it left on the field the 25% of the fabric of the textile industry. Now, our exports have reached record results, better results than Germany and France. We have a +7.4% that, however, it has gone as annuity only to a small part of the firms. The success will be reached when the international demand will be expanded. Italy, besides, has a system composed by many skilled firms but few capitalists. “

“All this compound scenario must be governed and managed if we do not want to meet disaster: The change at the horizon is progressing really fast, but we have the experience of the past that lead us in the study of strategies of governing.

The recipe is not that certain. The results are there, the excellences are emerging. But a country it is not made of excellences only. There is the need to help those who risk to drown, because that failure could swallow up the whole country. Today we found ourselves discussing in Europe about the Embraco case : Europe has decided to invest in development policies for areas that are less rich in order to create equal conditions of life. The problem, however, is that with these efforts it should not allow the competition to end up cannibalizing the productive system of other countries. From the ashes you can always be reborn. Sometimes you can get up, in worst conditions, sometimes you will never be able to start again. It is important to take care of the social, cultural, economic transitions.

Before us we have many agreements and we must be able to manage them,”

Among the cases mentioned, also Amazon and the other 4 big U.S. companies that are annihilating the entrepreneurial complexity by luring the single firms, in a dangerous game hold only by the fear of the Chinese competitor.

Not only investments in technology but also in the human capital : “ The first phase of the programme was focused on the investments of machineries. Now it is the time to focus on education. Technology alone will not be enough, because the machine will never rule over man. Intelligence is not enough. Our mentality is based on a humanistic culture and this will be our strength. “

The Challenge is set

“ We have before us a challenge never seen before and nothing is for sure. We have the duty to invest. But the wanted results will not come if, from the other side, there will be no awareness of the urgency and the need to bet on it. It is tough. Tough enough that it will need great preparation.