The school for linguistic mediators turns 30, and looks to the future with a new specialisation in tourism

The School in Via Cavour, with its professional, mother-tongue lecturers in linguistic mediation, is continuing its mission, and is making changes in its preparation of young people for the challenges of the future 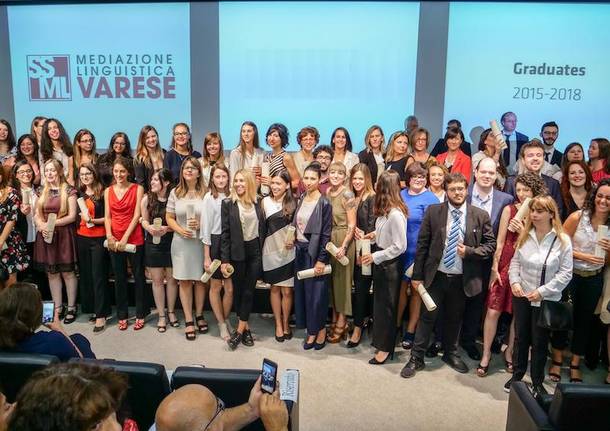 Having distinguished itself over the years as an outstanding school, whose graduates are introduced into the professional and economic fabric (81.6% of the 2015-2018 graduates already have jobs), next academic year, 2019/2020, Varese’s Advanced School for Linguistic Mediators, SSML, is increasing its offer with a new specialisation with an immediate, professional application. In addition to the established courses in traditional, written and oral linguistic mediation, the School is offering a specialisation in the management of tourist systems.

Founded in 1989, as the “Istituto Linguistico Superiore per Interpreti e Traduttori”, since 2003, the SSML in Varese has been the top language university in Varese, able to issue qualifications equivalent to degrees in Linguistic Mediation Sciences (class L-12).

In its first 30 years of teaching activity, the School has combined its vocation in the preparation of linguistic mediators (translators, interpreters, multilingual operators, teachers) with particular attention to the social and economic needs of the local area, including the sociodemographic dynamics that the SSML in Varese responds to, with advanced courses (CAF) that focus on the figure of the linguistic and cultural mediator, a professional that is familiar with the language and the customs and traditions of a country, within an increasingly complex, geopolitical context.

In a continuous search for linguistic tools and training methods appropriate for a competitive and specialised world of employment, the new offering of SSML in Varese linked to the management of tourist systems fits into the growing demand for making the most of Italian heritage and of the attraction of the historical and artistic beauty of our province, benefiting both EU and non-EU tourists, particularly those from continents in the east.

And so, from next academic year, students will be able to choose a course that provides linguistic and cultural skills, with a focus on tourism that is enriched by the fact that Chinese (which has been taught as a third language, as well as Japanese) is about to join the group of second languages (together with French, German and Spanish).