From mobile to mobility

The 2020 CES edition has been inaugurated. It is a four day event that involves the participation of hundreds of thousands people coming from all over the world. A delegation of 35 people came from Varese and from the Lombardy region 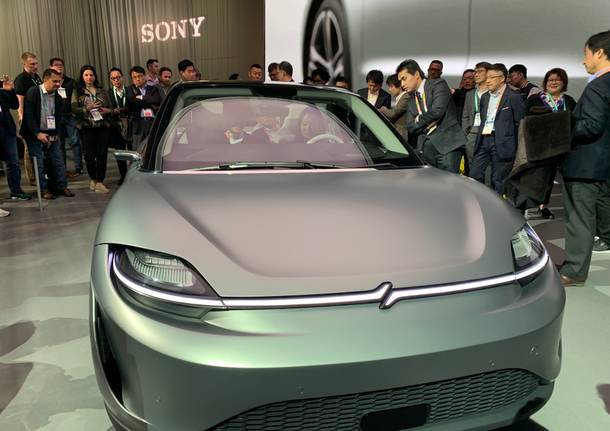 Mobility is the strong point of the 2020 CES edition in Las Vegas. The presence of the car is not only limited to one stand, that is becoming bigger and bigger, but it occupies almost every space. In the giant Sony stand, the place of honor is for Vision-S, it is an electric sedan ”that is the result of all our innovation, from the products for the entertainment to the sensors of the cameras and many other things”, tell the Sony members in front of many journalists and photographers and hundreds of curious people.

Rather than the drones for the transport of civilians, self-driving cars or dream prototype, it is the presence of Amazon in the pavillion dedicated to the automotive that makes us understand the change of course of the priorities in the next years.

In the last edition, the company of Bezos had made an original choice in Las Vegas. It was widely present among various stands with small structures that took the attention of street vendors. The workers gave bananas and pint-sized rubber cars as a present. This year the attention is focused on the most popular sector. From here also the important space given to the agreement with Lamborghini that will install Alexa in its own car. It is a partnership without economic burdens for the historic car manufacturer. The price to pay is that one of giving driving data to the American colossus that revealed all its interest for that sector exactly in Las Vegas. On the other side, today the principal technology cloud, that is the Narrator with many other services and the logistics are the elements that characterize Amazon. Although the car market is in crisis, it is always one of the richest in the world.

Then, if you add the fact that innovation puts mobility more and more at the centre rather than putting the car, many new subjects break in that sector strongly.

In the latest years people talked a lot about self-driving, the developments that artificial intelligence should have had and the 5G. These are all elements that will get on the market in a slower way than it was cleared and people expected. Now, thanks to the readiness of many technologies and to the changes of habits also linked to the digital, the attention is more and more focusing on the services.

So, for 2020 in Las Vegas, although the drones fly in the sky, there are fewer flying objects and more reflections on how our behaviour will change regarding mobility.

The 35 participants at the Techmission of Confindustria Lombardia and Varese got the opportunity to know closely many innovations thanks to many meetings that were prepared exactly in the stands of the exhibitors. Panasonic, Sony, Lamborghini, IBM were some of the realities that were visited. The delegation of entrepreneurs and managers accompanied by the professor Marco Astuti and Marco De Battista di Univa has been in Las Vegas since two days ago to discover the principal innovations that there were at the Consumer Electronic Show.