Waters, woods and history: walking through the Great Green Ring of Somma

Streams, rivers and marshes, but also woods and a pinewood: the project of a long route that allows people to discover nature and history just “behind home” 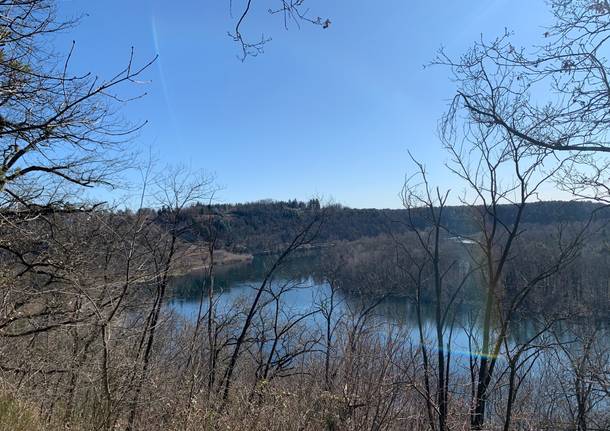 A tracked route of 24 km, including woods, marshes, streams and the spectacle of the Ticino valley.

It is the Great Green Ring of Somma Lombardo, a project that is still on paper but aims to become real. It also reconnects existing routes, tracked and marked.

The idea of Andrea Zanardi, vice president of Cai of Somma and architect by training, has become a project for the Cai (Italian Alpine Club) section of Somma. The “GGRS” was born from his degree thesis and from “the concept that the perception of the territory is fundamental for conservation.” And that often the inhabitants of the city and its surroundings themselves ignore the riches of natural places.

Along the 24 km of the route, you can indeed find every kind of environment, even the least expected ones.

It is, in fact, easy to think of thick woods, but along routes and dirt roads there are many other environment: marshes, a fascinating pinewood, placid streams (they are a part of three sites of Community Importance and a Special Protection Area). “Elements that are ignored by today’s perception.”

The crossing of the natural environment, allows you to approach places that tell “the story with a small s and the one with a capital S.”

The effort of humble men, farmers, millers, boatmen on the Ticino, but also of great businesses. The geodetic pyramid recalls the first map of Italy drawn by the astronomers of Brera, the stone bridges in the woods tell the story of the ipposidra (the railway destined to take boats back to Sesto Calende), the mysterious “Sass di Biss” in the Vigano pinewood, with its prehistoric engravings. And again, the runways built by the German Air Force during the Second World War.

The well recognizable, main access points are the parking lot of the cemetery of Mezzana and the one of Panperduto. “On the map however,” continues Zanardi, “we have also identified connections with the centre: if you want to return to the city you also need routes that allow direct access from the town.”

Zanardi uses the plural because the project is now supported by the Cai of Somma: “it is part of the Cai’s vocation to enhance the territories in which the sections operate.”

One of the objectives of the GGRS is the “safety of crossings of important roads, such as the Sempione or Via Giusti that connects Somma with Malpensa”.  These are points where the walker, or the hiker on a bicycle, has to face heavy traffic. “For this reason we also need the intervention of other entities: we are working with the Park of Ticino, the Municipality, also local companies that we will involve at the right time.”

The overall ring is rather long (24 km), but actually, it is mainly designed to be run in sections.

“The ring is a pretext, it is a backbone that allows access to individual circuits.” This way it is possible to create dedicated routes: the pinewood of Vigano, the mills of the valley of the Strona torrent, the “German tracks” and the memory of the Second World War or, again, the route dedicated to prehistory that goes as far as the hill of Monsorino in the territory of Golasecca.