If the Alpine lake becomes a photovoltaic plant 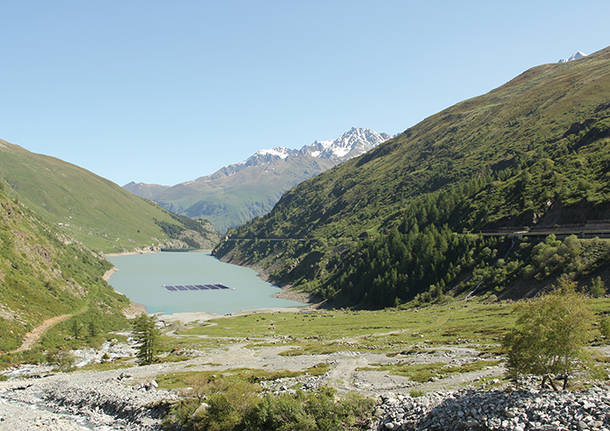 This is Lac des Toules in the Valais Canton, at 1810 metres in the municipality of Bourg-Saint-Pierre. The project was designed and implemented by the power company Romande Energie.

36 blocks of aluminium alloy and high-density polyethylene that support the photovoltaic cells, which rise and fall according to the water level, have been placed on the bottom of the water surface.

The plant in the Alpine lake predicts an experimental phase with two years of verification of the technical and financial feasibility.

The plant, which is about 2,240 square metres, will produce 800,000 kWh of electricity per year, which is the equivalent of the annual consumption of approximately 220 households. If the results achieved in the first phase of the year will be satisfying, an expansion to cover one third of the lake is planned. This will allow the generation of about 23 millions of kWh per year, which is equivalent to the needs of around 6,400 households.