The textile industry looks to the future: innovation and sustainability in “smart fabrics”

Pietro Provasoli and Dario Terreni will be presenting their book “Il tessile gallaratese: eredità sociale, architettonica e urbanistica”, which was produced with the support of BCC 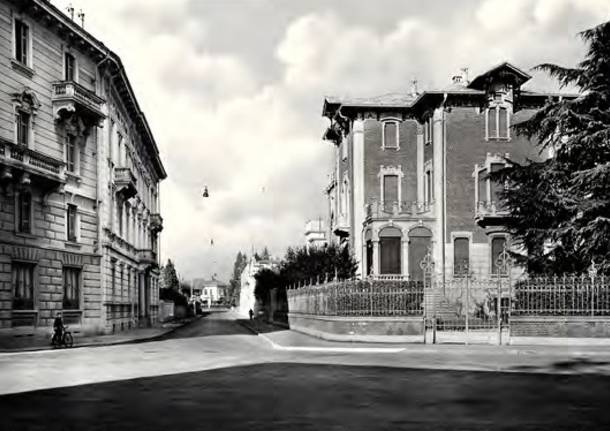 With more than 1500 companies active, about 13,000 jobs and exports of nearly €1 billion (an increase of 37% in the last ten years), Varese’s textile industry is still very much alive. And there is still room for growth. Paolo Provasoli and Dario Terreni, who witnessed the Golden Age of Gallarate’s textile industry, are certain of this; and they have decided to dedicate their book “Il tessile gallaratese: eredità sociale, architettonica e urbanistica”(“The textile industry of Gallarate: social, architectural and urban heritage”) to the world of the textile industry. The book, which has been produced with a contribution from the bank BCC di Busto Garolfo e Buguggiate, will be presented at the MaGa Art Museum in Gallarate, on Tuesday, 26 November, during the event “DuemilaLibri”.

“We met in the 1970s, at a time of great socioeconomic changes,” the two editors said. “We wanted to analyse the impact the textile industry had on the town, on its development and on its inhabitants, in light of our own experience within and at the head of important companies. Today, the circumstances are different from those of half a century ago, but the textile industry is alive, and can still offer a lot to Gallarate and the territory surrounding it.”

This is borne out by data about the Province: Varese is ninth in Italy in terms of the number of companies operating in the textile sector (including many nationally and internationally known companies), and is eighth in terms of the number of employees (source: Ufficio Studio UNIVA using 2016 ISTAT data). Furthermore, the general situation is that Italy alone accounts for 40% of production in the EU; this percentage rises to 80%, if we consider only the high-end production lines.

The future is here, and it can be summed up in four words: “Technology, research, creativity and sustainability”, said Grazia Cerini, the Director General of the Centrocot Research and Innovation Centre, who collaborated on the book. “This is no longer the textile industry of old, it’s a story that evolves, thanks to its origins. Today, we speak about smart textiles, which combine hi-tech contents with ease of use. These can be thought of as fabrics that perceive external stimuli, that can react and adapt to them, thanks to specific functions inserted into the textile substrate.” The areas in which they are used vary greatly, although “sensor technology is perhaps one of the most exploited fields,” Cerini continued. “There are already numerous well-known possible examples of sensors integrated into textile materials, which are mainly used in the medical, sports, and personal and environmental safety sectors.”

Any discussion about the textile industry today in the area around Gallarate will not only be about its prestigious history, but above all about cutting-edge skills. “Our bank also started out from the weaving industry of the end of the nineteenth century,” the President of Bcc di Busto Garolfo e Buguggiate, Roberto Scazzosi recalled. “Although it has downsized with respect to the last century, today, the textile sector is one that is proving its excellence in our territory. It’s a different sector, but it can draw the strength to look to the future from its own history, and it has a close partner in the BCC. The support to the territory, which for over 120 years has been a feature of our bank, can be seen in our support to businesses, in training young people, and in not forgetting our history, as is demonstrated in the book by some business that, despite having reached the fourth generation and beyond, have never stopped believing in the future and in innovation.