Leggiuno will have its Christmas lights

After the controversies during the last few days, the organisers and the administration have reached an agreement. On Friday, 8 December, at 6 p.m., the lights will be officially switched on. 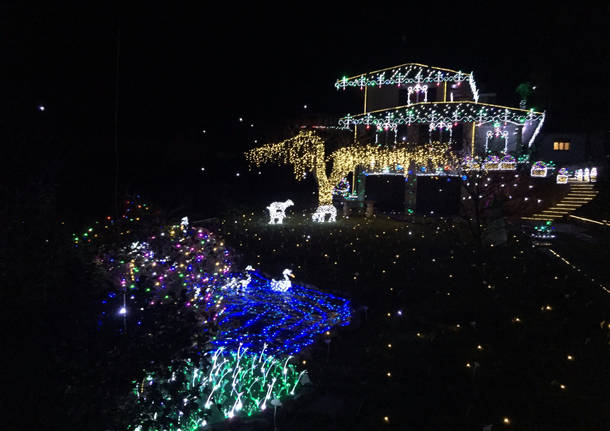 Leggiuno will have its Christmas lights. After the controversies during the last few days, the organisers and the administration have reached an agreement. On Friday, 8 December, at 6 p.m., the lights will be officially switched on.

The little village of Leggiuno is getting ready to host one of the most deeply felt occasions in Varese Province during the Christmas period. The installation of half a million lights, along a colourful path in a magical atmosphere, will please adults and children.

Beauty is not enough and an event that attracts thousands of tourists requires significant organisation, that also guarantees safety and control of the traffic. It was this last point that the council and the organisers could not agree on, primarily because of the matter of cost and timing. “We had several meetings and came to an agreement,” the organiser of the event, Fabio Betti, said.

Managing the safety and the road traffic will be the job of the council, who will also deploy volunteers from the village’s associations and the Civil Protection. “We never doubted our partnership over this aspect, also because it is our concern,” Mayor Giovanni Parmigiani explained. “As far as the traffic is concerned, we’ve prepared a plan and we are going to make sure that the inhabitants and visitors will be inconvenienced as little as possible”.

The local police will be there, dependent on the organisers, “but at a cost that is affordable, as opposed to what seemed to be the case at the beginning,” Fabio Betti continued.

Another point of the discussion was the need to have road signs, and the council made the effort to borrow them from other places. In short, several technical matters had put the installation in doubt, but after days of meetings, an agreement was reached and it will now be put up.

The lights will first come on on Friday 8 December, at 6 p.m. The main attraction this year will be the reinterpretation of the “bear’s cavern” and the enlargement of the “enchanted forest”, enlarged with a themed path.

The light show will last until Sunday 7 January, and will be accessible during the holidays and pre-festival days from 6 p.m. to 12 a.m., and during weekdays, from 6.30 p.m. to 11 p.m.

A free shuttle service will be available to visitors. It will depart from several parking areas for the centre of the village, where the installation will be. In the next few days, all the details and road diversions, and the information for visitors and inhabitants will be made known. The website www.lucineleggiuno.it will also be set up, to provide information in real time.