“The Lake Maggiore hub, the project is being funded”

Lombardy Region is making €42,000 available for the town. The Councillor: “Opening the museum, tourism training and communication will be our main activities” 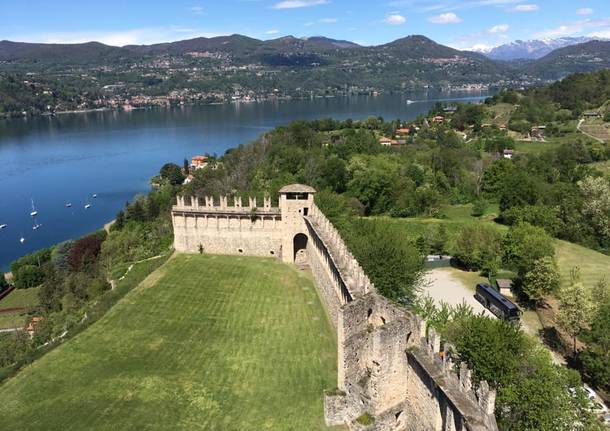 Lombardy Region’s Official Gazette has published the projects funded by the Region under the banner “Viaggio #inLombardia”, which also covers Angera.

WHAT THE PROJECT IN ANGERA ENTAILS – “The project is one of ‘destination marketing’. The project aims to develop the tourist appeal of small villages,” Valeria Baietti, the Councillor for Culture, Tourism and Trade in Angera, explained.

“Angera has been rediscovered as an important tourist spot: in 2018, we assessed over 10,000 tourist accesses, which we intended to follow up with targeted actions to reassess this sector. One example is the creation of historical, artistic, naturalistic and wine and food tours,” Baietti explained.

“We also want to make the most of the open-air art gallery, with more frescoes produced. And a third cornerstone of this project is tourism training itself, with meetings to train tour guides and operators on what to do in new contexts.”

Last but not least is the theme of communication, “that is, the positioning of the site, and management of social pages,” the Councillor concluded.

THE PROJECTS – “The call for projects was a great success, and thanks to the resources made available, we’re going to provide concrete support to small villages in Lombardy, for their territorial promotion,” the Councillor for Tourism, Territorial Marketing and Fashion of Lombardy Region said. “The administrators and local authorities have fully grasped the meaning, and thanks to the resources made available, they will be able to carry out important activities to make the most of their territories and increase the tourist potential of particularly attractive sites.”

The aim is to promote and support villages and local authorities in Lombardy, in general, to make the most of the Region’s potential attractions, to develop experiential tourism products and increase the flow of visitors to the area. The interventions covered by “Viaggio #inLombardia” include communication activities (media planning, press and blog tours, press office activities, …), b2b actions (education about the territory, participation in fairs and workshops, …), the creation of experiential theme tours.

“Lombardy has a large number of small villages that are truly artistic, cultural and scenic gems, and they deserve to be exploited,” the regional councillor explained. “From mountain villages to lakes, from hills to cities of art, Lombardy has an enormous potential for attracting tourists, which can and must be further exploited. Banners like ‘Viaggio #inLombardia’ allow us to highlight the excellence of our territories, with ad hoc projects that serve local needs.”