On Friday and Saturday afternoon, until 19 January, you can park free of charge in the "Green Areas". Here are all the roads 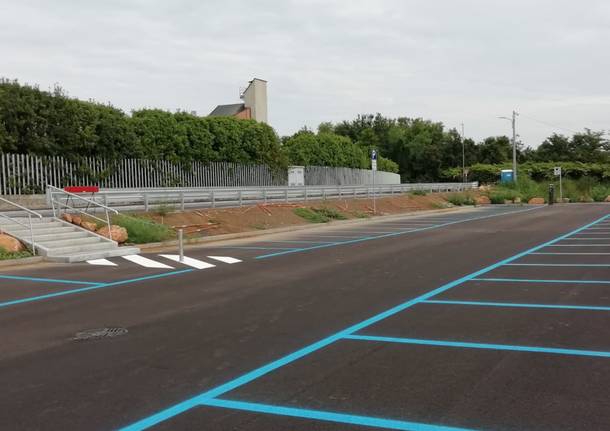 Parking is free, on Friday and Saturday afternoon, from 2 p.m. onwards. The extraordinary measure implemented by Varese town council, which we first wrote about two weeks ago, concerning the town’s parking spaces in the “Green Areas” over the Christmas holidays, starts on Friday, 22 November.

“The plan is designed to encourage inhabitants and tourists to come into town, to enjoy the Christmas decorations and lights, and, of course, the Christmas markets, events for children, the special lighting in the Giardini Estensi, which this year will be even more beautiful, and many other initiatives for a very special Christmas in Varese,” was the council’s explanation. The extraordinary measure, which was included in a resolution passed by the council, will last until 19 January, extending free parking until the beginning of the sales.

“Before approving this extraordinary measure, we discussed it with various sectors of the town,” explained Councillor Ivana Perusin. “From the discussion, it emerged that, at this particular time of the year, this measure will bring benefits, making the town more attractive, without flooding it with cars hunting for parking spaces, considering there will be 1550 free spaces at the weekends, in the outside areas just a short distance from the centre.

Piazzale Kennedy, the streets around the Church of the Brunella, the car parks in Via Carcano, Via Cimone and Via Maspero, the area near the schools and several streets in Casbeno, the area around the municipal swimming pool and Piazza della Motta. And then, there is the area between Biumo Inferiore and Belforte. There will be a total of fifty-five streets, with more than 1500 spaces, where parking will be free at weekends, from 21 November to 19 January; in addition to Sundays, when parking is already free, there will also be Friday and Saturday afternoons. The plan concerns all of the blue parking spaces in the town’s “Green Areas”, as indicated by the plan “Varese Si Muove”.

“This measure fully respects the indications given by the Regional Air Protocol for reducing pollutant emissions, because, together with the Park & Bus scheme, it will enable inhabitants and tourists to park a short distance from the centre, and use the facilities provided, without congesting the centre. Thus, we will have a guaranteed rotation, fewer cars in the most central streets, and free parking, at weekends, in the large car parks, for example, in the area near the schools and station in Casbeno.

All of the streets where parking is free on Friday and Saturday from 2 p.m. onwards, in the period from 22 November to 19 January, will be indicated with signs on their parking meters.

ALL OF THE STREETS