“When I was a child, I used to swim in the swimming pool of Villa Mylius”

These are the words of a man now waiting, ten years after a donation, for a lifetime of memories to become the patrimony of the town. An interview with Roberto Babini Cattaneo, the last owner of the villa. 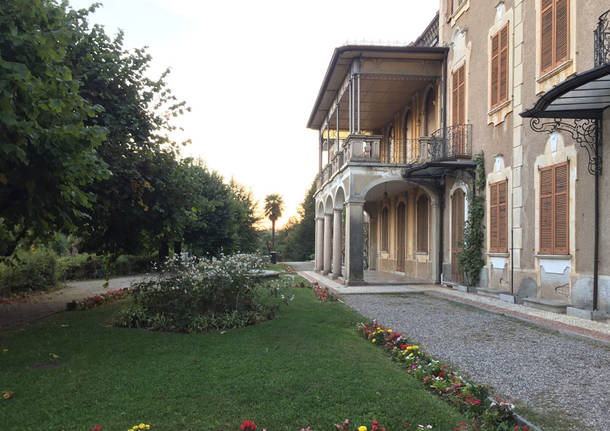 “My grandfather bought Villa Mylius in 1941, in the middle of the war. The Mylius family were Jewish, and because of that they had to leave the villa in a hurry, worried about the situation they were experiencing.”

Roberto Babini, the last owner of the villa, tells the story of that place; he remembers his childhood spent in the large park, the holidays in the swimming pool, his relatives, and the evenings with friends. And now, he is waiting, again, ten years after his donation, for those personal memories to become the patrimony of the town.

What is the history of the villa?

“It’s a history that is rooted in the distant past, that has seen many changes. Before it was bought by the engineer, Torelli, who was the person who built the cable railway, the villa was very different. Even before, there was a spinning mill. In the very first years of the 1900s, Torelli sold it to the Mylius family. They made great changes to it, from a farm building to an important villa, with a big park. My grandfather bought it during the Second World War, but he didn’t go there immediately to live. In the meantime, it was confiscated by the German army, who made it the headquarters of the military engineers. In the last part of the war, it was occupied also by the Italian army, and when they gave it back, it was a bit battered. It was at this point that my grandfather carried out a series of renovations to enlarge it.”

What additions did your grandfather make?

“First of all the swimming pool. It was built in 1953 by the famous architect Pietro Porcinai, from Florence. I was a little boy when they carried out the work, but I remember it very well, also because I enjoyed it for many years. My grandpa also planted a lot of trees.”

Did you go and live in the villa?

“Yes, when the work was finished, we went to live there. Then my cousin Lidia Beretta arrived, with her husband Mario and my grandfather. I was born there, and lived there for almost half a century, until I went to live in Lugano. My mother and cousin stayed there until 2004, the year in which they died.”

Was it then that you started thinking about selling?

“Yes, it was. At that point, the house was empty, my brother and I weren’t living there anymore, so we started looking for a solution. We didn’t like the idea of selling or speculating. Doing something for the town appealed to us much more. And so it was: we talked about it with our friend Fontana and made the donation to Varese Town Council.”

Did you give any specific indications about how the villa should be used?

“General indications, more than anything: it should be used in a way that benefits the community, possibly cultural, that had important meaning. At the beginning, there was talk of an art gallery, they wanted to make it an important museum. Then, they spoke about a library, then a cultural centre for who knows what… In the end, the idea came of the Marchesi Academy, which has been around since 2010. But I still haven’t seen anything happening.”

Do you often go into the park?

“Not very often. Also because it makes me sad; we’re rather disappointed by what we see there. Everyone says a lot of words but then … I realise there are big problems, but before thinking about lavish projects, you could at least look after what’s already there, in place. I hope to see something new soon, but I’m beginning to feel discouraged.”