From Varese to Rome by train in less than five hours, with only one change

There are thirteen trains per day from Varese to Rome, with only one change. The travel time is around five hours. The same goes for the return journey, with a similar travel time. 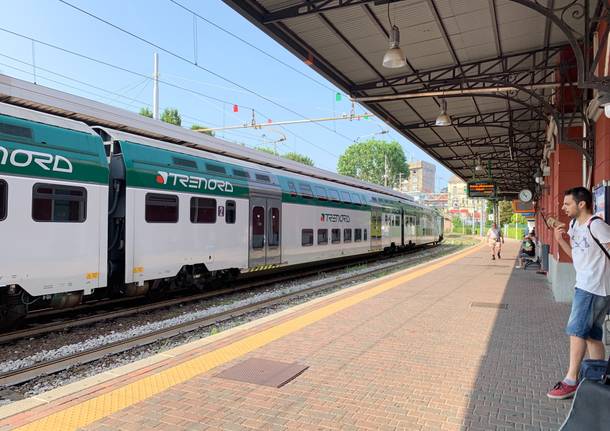 One of the interesting things that come with organising a festival like Glocal is dealing with the accommodation and travel of the speakers. Each one of them (there are more than 150) comes from a different place and has specific timetable needs. This experience led to the discovery of part of what we illustrate below.

THE FASTEST JOURNEY FROM VARESE TO ROME, WITH ONLY ONE CHANGE

ONLY ONE CHANGE IN RHO FIERA, WITH ITALO

There are another eight similar solutions to the one indicated, which get you to the capital between 13.13 and 00.03, with only one change. There are a series of significant advantages, in terms of speed and easy journey management. These journeys are available to everyone setting off on the S5 train line from Gazzada Schianno Morazzone onwards.

A SINGLE CHANGE IN PORTA GARIBALDI, WITH TRENITALIA AND “LE FRECCE”

Trenitalia will also get you to Rome, with only one change: the journey takes a few more minutes, but there are also early morning trains. The first leaves at 5.43 a.m. for Milan’s Porta Garibaldi Passante, getting in at 6.56 a.m. (if you want to be on the safe side, take the 5.36 train to get in at 6.33). From there, the “Freccia” sets off, getting to the capital at 11.03, with a total journey time of five hours and twenty minutes.

There are five similar solutions per day.

So, in total, we have thirteen trains per day from Varese to Rome, with just one change. The same is true for the return journey, with similar travel times.

FOR THOSE WHO PREFER MILAN’S CENTRAL STATION

There are a great many travel combinations from Milan’s Central Station to Rome, at all hours of the day, with both Italo and Trenitalia. To get to the station in Milan, it is no longer necessary to use the underground (of course, you can choose to if you wish), but there are several combinations.

With the Ferrovie Nord, you should change at Saronno, where there are one or two trains per hour, which take about an hour and ten minutes.

With the State Railways, there are several combinations, with two trains per hour. One takes an hour, and the other an hour and twenty-five minutes, changing mostly at Rho Fiera, but sometimes at Busto Arsizio or Gallarate.

For those who are not afraid of walking 700 metres along a road, you can take the train S5 (State Railways), which stops at Milano Repubblica, where you can walk along Via Vittor Pisani to get to Central Station. There are two trains per hour.

FOR MORE INFORMATION ON TRAIN TIMETABLES, STATION CHANGES AND MORE