The Lake Basin Authority Ceresio, Piano and Ghirla signed this morning at the Chamber of Commerce the pact for the promotion of tourism of Lake Como, Ceresio and minor lakes 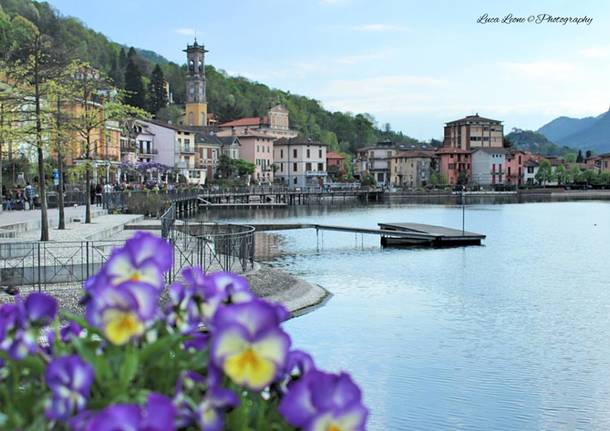 An even closer collaboration between Lake Como, Ceresio and minor lakes for an even more effective tourist promotion. This is the target of the pact signed this morning at the Chamber of Commerce of Como by the Lake Basin Authority Ceresio, Piano and Ghirla.

Established on the occasion of the General Assembly of 19 June 2018 at Villa Erba, the “Pact of Lake Como, Ceresio and Minor lakes” is aimed at identifying strategies and pursuing shared targets, including the protection and the enhancement of the natural, historical and cultural heritage, the promotion of sustainable mobility, an improvement of the usability of the lakes, and the internalisation of the identity value of resources unique in the world. The Pact has been joined by institutional bodies, from the Lombardy Region to the local public transport agency, municipalities, chambers of commerce, universities, including Insubria, associations and trade unions > Here is the complete list of signatories.

The operating areas of the Pact include promoting the prevention, the reduction and the management of the negative effects of climate change and human activities; stimulating a greater awareness and virtuous behaviour by the resident population, the visitors and the economic operators; encouraging and supporting an integrated management of the complex aquaterritory system; promoting sustainable mobility and the innovation of the economic sectors linked to the lake, also in terms of sustainability.

The Pact was signed after the presentation of the overall picture of the trend of the tourism sector in the province of Como by the member of the Council Giuseppe Rasella.

The data confirms the favourable trend for the province of Como, but not only. In 2018 the arrivals and presences grown compared to the previous year. In particular overnight stays (3.23 million) increased by +4.7% compared to 2017, with a good recovery of Italian tourists (+8.8%) compared to foreign tourists (+3.4%). In the medium term the increase in attendance in 2018 compared to 2007 was +39%, one of the best performances of the Lombardy provinces. The share of foreign tourists was 76%, the highest of the entire Region. It can be said that 3 out of 4 tourists of the province of Como speak a different language from Italian.

In 2018, the average stay stopped at 2.5 days, a slight decrease compared to the past, and this is a fact that deserves more in-depth reflection. In the last decade, in absolute terms, the presence in Como’s hotels has increased by almost half a million (from about 1.7 million to almost 2.2 million in 2018); there was also a strong increase in extra-hotel accommodations, which rose in ten years from almost 630,000 to over 1 million. In practice, two tourists out of three choose a hotel, the third chooses a complementary structure.

With reference to the pre-Expo period, the capital Como has experienced in the last 4 years a real boom in tourism: in 2018 the number of overnight stays was over 708 thousand, with an increase of 53.8% compared to 2014. Porlezza is confirmed as the second tourist resort in the province, with an excellent performance in the last 4 years: the attendance was almost 300 thousand in 2018, with an increase of +24.6%.

Data that confirm the decidedly positive numbers that also the province of Varese has recorded:

At the end of the meeting, Giovanni Bernasconi, vice president of the Authority of Ceresio, Piano and Ghirla lake basins, also presented a preview of the 2020 guidelines for the promotion of tourism in the entire area covered by the Authority and the participation in the event “IViaggiatori – Fiera delle vacanze”, which is the Exhibition of the most beautiful international destinations and which will be held in Lugano, at the Exhibition centre from 1 to 3 November.

These are interesting data to reflect on, which will also be discussed at Glocal, the festival of digital journalism scheduled in Varese from 7 to 10 November, in the meeting “Tourism and journalism: the importance of big data for storytelling”, which will be held Friday, November 8 at 14 in the room VareseVive (via S, Francesco d’Assisi 26).