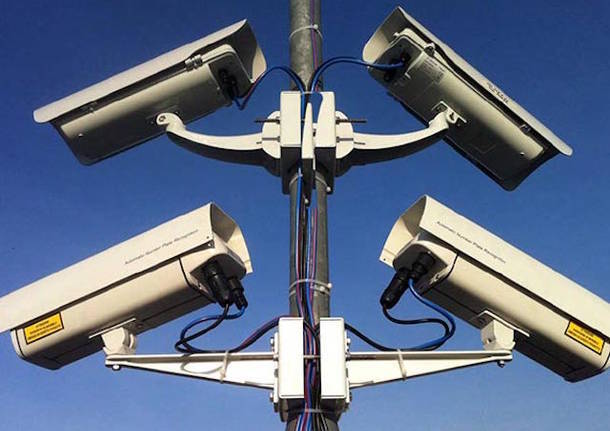 The road security system is necessary in order to assure the checking of the area and where it is used, it has been able to block “battalions” of thieves who drive stolen cars to ensure impunity.

These are number plate reading systems, these “crossings” checked by video cameras and already activated in many cities near Varese; they will be implemented soon between Valcuvia and in the towns near Luino.

The “road security” project was presented by the Councillor Roberto Sculati (with responsibility for Agriculture and Forestry and Safety) some days ago in the presence of Francesco Paglia  and it will be part of one of the financial items of the balance of Luino, which balances at €13 million .

There are actually two projects. The first concerns the installation of crossings for the checking of number plates and accesses, which have to be connected to the National Centralized System of License Plates and Transits (SCNTT): approximately 16 are the cities and towns where there will be installed these computer systems connected with the national database and with the local police: the passage of a vehicle with a number plate found stolen triggers an “alarm” that identifies the car, the time of transit and the direction, so as to put on the road immediately patrols for identification, or investigations.

Each municipality was given funds of about 15 thousand euros for a total amount of 265,000 euros partially provided by Comunità Montana (precisely: about 135,000 euros are managed by the municipalities, 100,000 by Comunità Montana from its 2018 budget and the remaining expenses are paid thanks to amounts of money coming from other sources 2019 financial year). The installation of this number plate detector system will take place during 2019 and will be completed by the end of next year.

As far as road safety is concerned, a second step will provide for the installation of speed detectors. For this project, Comunità Montana will give 80 thousand euros that will be shared between the municipalities that have the intention of adopting these tools that detect passing cars and show their running speed.