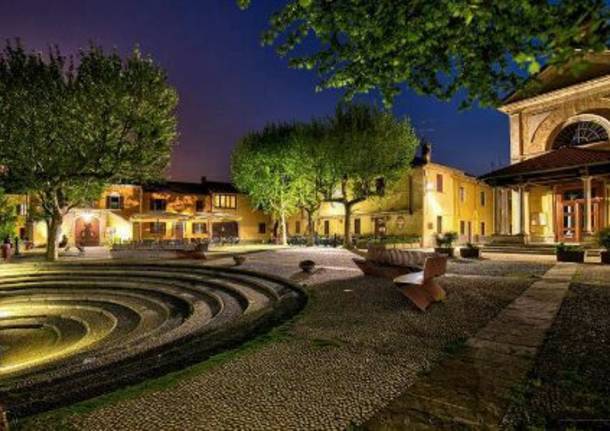 Arcumeggia, Cerro di Laveno, Tornavento, Masciago Primo and Castello Cabiaglio are the five small villages, finalists of our contest. Waiting for the final vote (the one that will declare the winner is starting on Monday 18th March), we briefly present to you the main characteristics and beauties of each of them.

Tornavento is a small world where everything is available in few metres: the nursery school, the main square, the church, the bar. This is a village in miniature: from here, indeed, we can admire the alpine hemicycle, all the Western Alpes. We can see the Monte Rosa, but also the white top of the Monviso, that shows up on sunny days. In the centre there is the amphitheatre of the Po Valley beyond the Ticino river, with the profiles of the near Oleggio, and in sunny days, we can also see the dome of San Gaudenzio in Novara.

it is not only about the view: from the small square walking paths lead to the Po Valley. It is also about the natural landscape of the “light-blue river”, so-called because its water is always clean, and its breath-taking landscapes, built by human intelligence, that here stratified a middle-age channel (Naviglio Grande), one from the 19th Century (Canale Villoresi), one from the 20th Century (the channel that power the electric station)

From the small square, that at the end of the 90s became pedestrian and was equipped with benches, a pedestrian stair begins, in alternative we can walk to the Dogana Austroungarica (Austro-Hungarian Customs House): after passing along the wooded pedestrian path and the plain where the famous Tornavento battle was fought, we get to the old customs house that today is the centre of the Ticino National Park and from here we can go down to the river. On the opposite side we go into the large woodland and the moorland, crossed by the by now famous via Gaggio, an unpaved but in good condition street, where a genuine volunteer historical museum was opened, thank to the efforts of Ambrogio Milani, a tireless volunteer from Lonate Pozzolo.

In the microscopic centre of Tornavento there are the historical “Bar dell’Altipiano”, already represented in postcards, the circolo Sant’Eugenio, founded by the inhabitants themselves, and a more recent bar and restaurants. During the year there are always people in the small square, sometimes at midday, it is possible to hear people speaking English or German or other foreign languages: the Malpensa airport is really near and lots of people take the opportunity to have a lunch break in this quiet location. In summer evenings, it becomes a really crowded place, as far as the small portico of the Sant’Eugenio church, that is already the parish of the village, and is really loved by the inhabitants.