Varese is ready to host the European School “Olympics”

From Wednesday 3 to Saturday 6 April, more than 600 students and teachers from 19 European schools will be in town for a sporting event that will also include many side events. 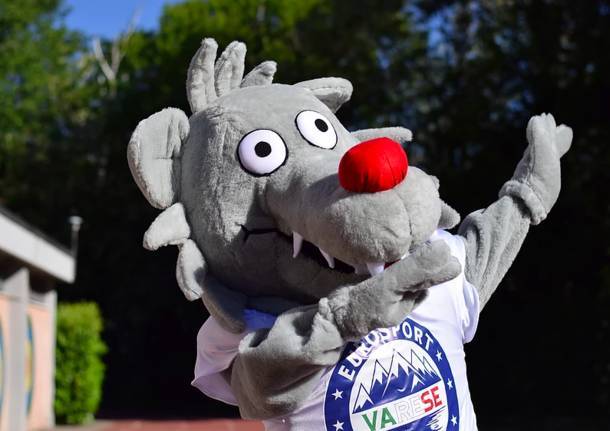 The European School, which was founded in 1960, is an occasionally silent institute, but one that is of great importance for the town of Varese; we need only consider the fact that it is the only institute of its kind in Italy (there is a second one in Parma, but it has a slightly different curriculum) and that, over the years, generations of, often, high profile students have grown up and graduated in the grounds in Montello.

Among the activities that the school, which is now led by the Hungarian Karoly Pala, includes in its curriculum, there is also “Eurosport”, a sort of mini “Olympic Games”, which are held every two years, and which, this year, are being organised by the school in Varese, which has long been preparing for the event, under the supervision of the teacher Dario Alberto Pollicini.

Thus, from Wednesday 3 to Saturday 6 April, the “garden city” is hosting a delegation of 18 schools from all over Europe (plus the local team, of course), with a total of more than 600 people involved: each team is made up of 30 athletes, plus teachers and team managers. This influx, also of tourists, has not gone unnoticed at the Varese Sports Commission, since the organisers have also won a call for bids made by the project, related to the Chamber of Commerce.

The sports event is divided into three tournaments (five-a-side football, volleyball and table tennis) and the awaited Aquathlon trial, a discipline (in this case, a relay) in which athletes alternate swimming with running. In the history of “Eurosport”, the Aquathlon has always been the flagship of the team from Varese, who have had a long series of successes during this event. Incidentally, the Aquathlon is being held in one of the town’s sports centres, the one in Via Albani, with the swimming in the indoor pool and the running in the surrounding park. The table tennis is being played at the European School, in Montello, the volleyball, in Cagno, and the football, on the fields of the University of Insubria, and the gymnasium in Valle Olona. The finals are being held at the stadium in Malnate.

But like all self-respecting events, “Eurosport” (which also has a mascot, the little wolf “Varry”, a diminutive of Varese) also has a series of side events that will enable the numerous visiting foreigners to do a little tourism. For example, before the start of the Games, a cruise on Lake Maggiore has been scheduled (Wednesday 3), and on Thursday evening, in Piazza Repubblica, street food stalls will be set up, with live music, open to the public. On Friday, the “Alpini” will be making polenta on the premises of the school, before an evening of music, concluding with a firework display. In short, it is going to be a great, all-round event, for which VareseNews will proudly be one of the media partners: our newspaper is setting up a dedicated liveblog to report some curious information and stories related to the event.