Barbara Bouchet, a guest at the BAFF in Varese 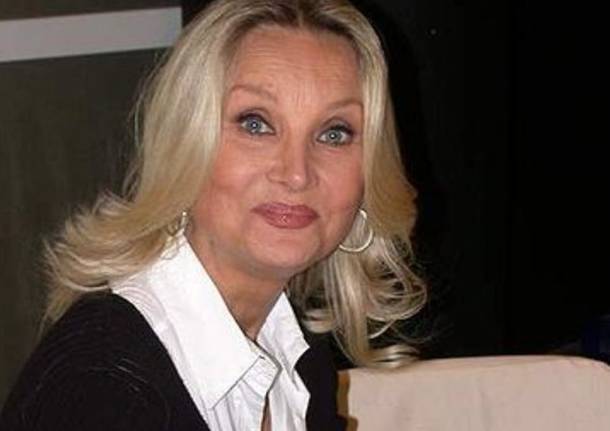 The collaboration between the BA Film Festival and the Chamber of Commerce in Varese, which began last year, with tourist routes organised by the Varese Tourist Angels, is continuing for this year’s festival.

On Tuesday, 2 April, at 6 p.m., the Sala Campiotti (in Piazza Monte Grappa 5) is hosting a meeting with the actress Barbara Bouchet, the undisputed icon of Italian cinema in the 1970’s, with a presentation by Steve Della Casa, the artistic director of the BA Film Festival, and Diego Pisati, the Prealpina journalist (admission is free).

The event will be preceded by the presentation of the artistic contents of the Sala Campiotti itself and of Piazza Monte Grappa, by the Varese Tourist Angels, with the meeting place in the foyer of the Chamber’s headquarters, on the second floor, at 5.45 p.m.

“The BAFF is repeating its collaboration with the Chamber of Commerce in Varese, which, last year, led to the creation of cultural tours in town, with the project “Varese Tourist Angels,” said Manuela Maffioli, the Councillor for Culture on Busto Arsizio Town Council. The network, which includes the authorities, is one of the strengths of the Festival and of the cultural policies of the council, who consequently look very favourably on Varese’s involvement in this year’s event, in a perspective of widespread culture both in and outside the town.”

For his part, the President of the Chamber of Commerce in Varese, Fabio Lunghi, recalls that, “The cultural and creative production system is an important element in the context of the Italian economy. The latest ‘Io Sono Cultura’ (‘I Am Culture’) report, produced by the Fondazione Symbola, with Unioncamere, shows that this system is responsible for 6% of the wealth produced in our country: over €92 billion, which has grown in the last few years. This is one of the reasons why the Chambers of Commerce, as promoters of territorial economic development, have also been entrusted with tasks relating to making the most of cultural heritage and to promoting tourism.”

Born in Czechoslovakia, but of German origin, Barbara Bouchet grew up in the United States, where she made her debut in her early twenties, under the direction of Otto Preminger in Prima Vittoria (In Harm’s Way), in 1965. Beloved by Martin Scorsese, who wanted her in Gangs of New York, the many directors with whom she worked in Italy include Pasquale Festa Campanile, Lucio Fulci, Luciano Salce, Mauro Bolognini, Sergio Martino, just to name a few. All were filmmakers of a genre cinema, which, today, has been rediscovered and re-evaluated, and Bouchet was the undisputed protagonist. After many appearances in television series, the actress recently returned to the big screen, in light-hearted roles in Easy, by Andrea Magnani, and Metti la nonna nel freezer, by Giancarlo Fontana and Giuseppe Stasi. And we will soon be able to see her in Checco Zalone’s new film, which is currently in production.