The first international balloon meeting, where a postmark was created during the disability weekend

There were seven balloons, to give 800 people, of whom a large number were disabled, an indescribable experience; they all had the opportunity to observe the world from another angle, thanks to the initiative “Sesto in Pallone”. 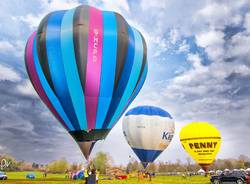 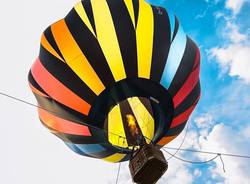 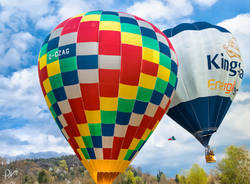 This meeting, in Sesto Calende, was organised by the association Idrovolo, whose goal is to increase the interest in flying. “Varese is a province with wings; what better way is there than this to get so many people to fly?” the chairman Giuseppe Lapenta said.

And so, on Saturday, a total of seven balloons were lined up, one of which stayed on the ground for teaching purposes. The young students of the Scientific High School acted as guides for the courses in the morning, explaining how this fascinating and romantic means of transport works.

Then, in the afternoon, everyone had the opportunity to experience a “limited flight” (the balloons were secured by rope to the ground, but still reached a height of about twenty metres). Particularly the disabled people, who, thanks to special devices, were able to get on board. “It was thrilling to see whole families, with children also in wheelchairs, getting into the balloons and experiencing real, intense moments of joy,” Lapenta explained.

“Sesto nel Pallone” was one of the initiatives during the Disability Weekend, the project of the European Sports Council, organised thanks to the commitment of the town administration and of the municipal tourist board.

The flying experts also included the Venegoni family from Fagnano Olona, who have flown balloons for three generations.

The meeting was made possible thanks to the involvement of numerous balloon owners, who had come especially from the United Kingdom, and who were astonished not only by the beauty of the places, but also by the incredible stream of people coming to this event.

In the afternoon, significant contributions were made by easyJet to three associations that provide assistance to the disabled: the Fondazione Piatti, the Associazione Genitori Bambini Down and the Associazione Tommy e Cecilia.

“The involvement of easyJet as a sponsor was made possible thanks to the great enthusiasm of one pilot, Jordan, who had got to know us and who had publicised this project at the airline.”