On the evening of Friday, 8 November, in Caronno Pertusella, a round table was held, entitled “From silence to action”, dedicated to the topic of violence against women, to mark the International Day for the Elimination of Violence Against Women, on 25 November 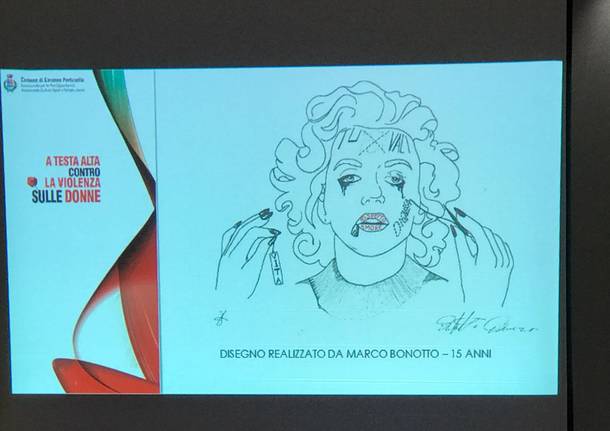 On Friday 8 November, in Caronno Pertusella, there was a round table, entitled “From silence to action”, dedicated to the topic of violence against women, to mark the International Day for the Elimination of Violence Against Women, on 25 November. The councillors, Morena Barletta and Cinzia Banfi, gathered together around a table, and before an audience, key figures who intervene when a victim reports the violence she has suffered to the authorities. At the debate, there were local representatives of the forces of law and order, a welfare officer from Caronno, lawyers and educators from various associations, who work in and around Saronno.

With respect to a few decades ago, when the Italian penal code covered honour killings and shotgun weddings, important progress has certainly been made. Last August, Parliament approved a new law on the matter, the so called ‘Codice rosso’ (‘Code Red’), which allows for, among the other things, a fast track to combat violence against women, with faster investigations.

Although important results have been achieved, from a legislative standpoint, there is still a long way to go in social and cultural terms. First of all, violence against women is a form of gender violence, which is largely fed by more or less explicit stereotypes, prejudices and a cultural legacy that sees a difference in value in the difference in gender. In fact, the data concerning the distribution of the most serious forms of violence is very indicative; the majority of the most serious forms are carried out by partners, relatives or friends (ISTAT 2014).

It is more reassuring to think of the aggressor as an alcoholic, a misfit, a time bomb, instead of admitting there is a genuine social and educational problem.

So, to combat this complex phenomenon, alongside a clear legislative framework and all of the tools necessary to assist victims once they have made a report to the authorities, it is essential to prevent these forms of crime by educating about gender culture and eliminating the stereotypes and the cultural roots that feed them, with particular regard to educating the new generations.

Prevention starts with information, and there are many events in which you can participate during this month; from 16 November until the end of the month, there is an exhibition, ‘Femminicidio’ (‘Femicide’), at Caronno Pertusella townhall.