The first time for Valcuvia’s primrose in an atlas

"Flora tra il Lago Maggiore e il Lago di Como" (Flora between Lake Maggiore and Lake Como) by Michael Kleih from Ticino, published by Nomos Edizioni, catalogues 1,300 wild species that can be traced back to an area that goes from the Po Valley to the Pre-Alps 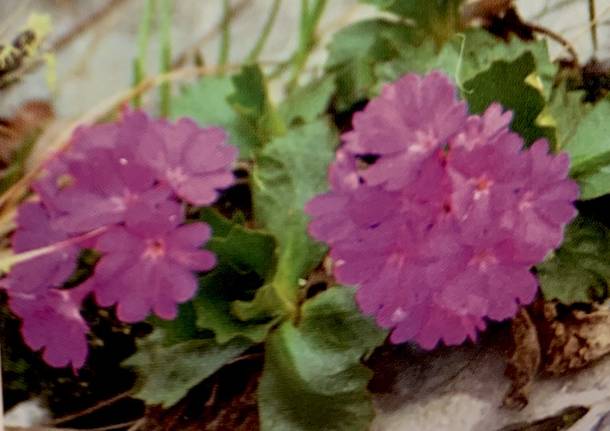 When Alfredo Binda, three-times world road cycling champion, was abroad and was interviewed he always said that Valcuvia was the most beautiful place in the world. However, the champion could not know that even a small flower contributed to that beauty. This is the Primula della Valcuvia (primula valcuvianensis), the only endemic species in the province of Varese, that is present only in the valley so loved by the champion. This flower, which prefers limestone, was described for the first time in detail in the atlas “Flora between Lake Maggiore and Lake Como” by Michael Kleih from Ticino, published in 2019 by Nomos Edizioni.

From the mountain arnica to the rosehip, from the allium carinatum to the insubric gentianella, passing through the geranium purpureum. Kleih catalogues 1,300 wild species in an area that goes from the Po Valley to the Pre-Alps, including the lakes of Lugano, Como and Maggiore and the southern part of Canton Ticino (Mendrisiotto and Luganese). A book that fills a gap, considering that, until the eighties of the last century, the flora of this area was the subject of specialized magazines of botany, not easy for the general public to consult.

The study area taken into consideration by the author was divided into rectangular quadrants, according to the grid of the Austrian botanist Friedrich Ehrendorfer, and for each of these quadrants were considered all vascular plants, with the exception of algae, mosses and hepatic. Among the shrubs and trees there are well known plants, such as ash, chestnut, oak (four types), and others less known, such as the mahaleb cherry (Prunus mahaleb), the hackberry (Celtis Australis) two species of laburnum (Laburnum Anagyroides), the tree of Judah (Cercis siliquastrum) and four species of Daphne (Daphne).

So many rarities in the book. Among the marshes we find the golden club, the fibrine clover, the iron, the nannufaro, the water chestnut (with edible fruits), the water lily and the Limnantemio. And again, the peony, the susinary iris, several orchids, the Christmas rose, the lemon grass, the lily martagon and St. John’s, the helianthem of the Apennines.

The effects of climate change are also being felt on the insubric flora with some typical species from the south expanding, including the Apulian poppy, bearded oats, vilucchio maggiore, Italian lappola and exotic species such as Japan hops and Sumatra saeppola.