The increase in the purchases of new machinery and equipment, the intention of 68% of businesses to focus on new education initiatives, the request to politicians to not change the National Plan and to relaunch the teaching of technical education in high schools: here is how the digitalization of factories is changing the façade of the production system 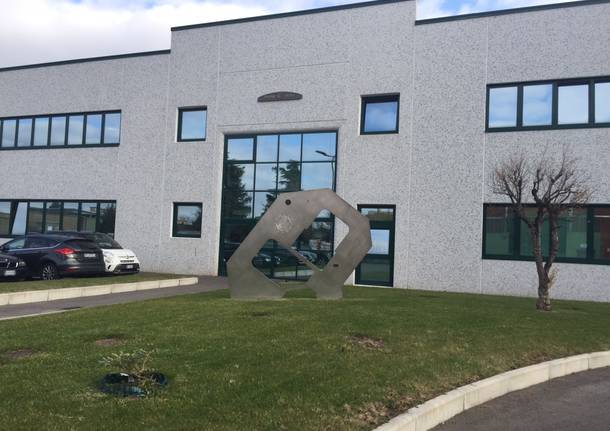 There are those, like in Germany, Japan, and the US, that focus on financing projects that are able to create bonds between the world of enterprises and the one of university research centers, investing resources that go from the 450 millions of euros of Berlin to the 4.5 billions of Washington. And those, instead, like Italy that focus on tax reliefs for enterprises, with a public commitment of more than 20 billions in the next four years. Whatever the formula, in all of the advanced world, and elsewhere, the objective is, anyway, the same: to enhance the progress of the Industry 4.0 and the digitalization of the manufacturing system.

The Italian project is called National Plan Industry 4.0, which started in January 2017. With a positive beginning. To confirm this are the results of Kpmg, followed by Confindustria. Projections that have brought to light how the gross fixed capital formations of the enterprises of the “Bel Paese” have increased by 9% in the first semester of 2017 compared to the levels of the same period in 2016. The data have emerged during the first meeting of the new cycle of appointments, “The Frontiers of Innovation” relaunched by the Union of the industrialists of the province of Varese in order to deepen the themes of the digital transformation. A transformation towards the Industry 4.0 that the so called Calenda Plan, named after the Minister of Economic Development who created and promoted it, seems that it is about to be achieved. The same calculations of the Minstery on the Istat-Confindustria data highlight how the gross fixed capital formations in machineries and equipment are increasing by 11.6%, while the ones regarding electric equipment and electronics are increasing by 10.7%. The enterprises that are using the National Plan Industry 4.0 are reporting an average increase in the investments in research and development between 10 and 15%. “The reform measures”, said Alessandro Trojan, partner of Kpmg, “have found their way in an economic context that is in expansion, and it’s for this reason that it is too soon to analyse the cause/effect connections, and it remains the fact that since the Industrial Plan 4.0 started, the Italian industrial occupation has increased by 0.3%, compared to the -0.3% average reported in Germany, France, and the UK”. Not only that, having done 100 in the industrial production in January 2016, “ Italy reached the 103 in July 2017, compared to the 102 of the US and Japan.”

The chairman of the Unione Industriali of Varese, Riccardo Comerio, is less prudent in the analysis of this data. “The plan works and for this reason it must not be modified; on the contrary, it must become operative. This is one of those reforms that, as entrepreneurs, we hope won’t be sacrificed on the altar of the upcoming electoral campaign.” In any case, other numbers speak for themselves; firms in the industrial sector, without the incentives given by the government, would not have invested (5.6% of the sample considered by Kpmg and Confindustria) or would have invested on a smaller scale (47.9%). Entrepreneurs, basically, believe in this. 73.2% of them predict that the Industry Plan 4.0 will have a mid to high impact in the next 3 years. In firms with more than 250 employees we have a 84.6%, that goes down to 56.5% in those with 1 to 10 employees. An improvement in production efficiency is believed to happen in 62.4% of cases, the increase of produced added value in 48.4%, an improvement in customer relationship in 38% and in supplier relationship in 16.4%.

“The Industry Plan 4.0 is well known among Italian firms, and employers’ associations are assuming a positive role,” claims Trojan. What results will we observe in terms of use of the various tax incentives? In 43.8% of cases they consist of access to hyper-depreciation, in 51.4% to super-depreciation, in 29.2% in the exploitation of tax credit.

“But the plan doesn’t consist of tax incentives alone, because 68% of the firms will carry out some specific initiatives in the field of vocational training in order to implement it,” claims the partner of Kpmg.

And here lies the real keystone. Trojan has no doubts. “The Calenda plan is helping firms, the technologies are available, but the success of the implementation of the Industry 4.0 lies on the ability to create new organisational and distribution models. And that’s the job of entrepreneurs’. Investing in machinery alone isn’t enough. We have to invest in human resources.”

Comerio goes further, and also points out where to put resources. “We have to focus on ITSs, on Technical Colleges. They’re a winning formula. 98% of the youngsters that graduate from these after-diploma courses find a job in about two weeks. The competitive gap with our foreign competitors lies, however, in figures; there are 9,500 students enrolled in Italian ITSs, in Germany there are more than 600 thousand.” And here is where lies the criticism of the institutions. “It’s not acceptable that with the last Financial Act only a few tens of millions of euros were invested in ITSs.”

The word of business is to focus on people: “The true enabler of Industry 4.0 is not the technology, among other things that is easily found, but the human factor, people with the right skills,” declares the coordinator of the economic areas of the Union of Industrialists, Marco De Battista, in launching the new cycle of appointments of “The Frontiers of Innovation.” Seminars that will have as focus the organizational structures, with an empirical approach based on the analysis of concrete cases, in the productive context of our territory. Data-driven business (a business opportunity for businesses and not only an asset to protect), intelligence workplace (how processes change within the intelligent enterprise), people Care & People strategy (people as a hinge around which is built a digital strategy): These are the topics that will be dealt with in the next meetings.

Appointments that will have as a basis for comparison the conditions of the digital context of the Varese territory, in which the companies operate. Not the last ones connected to connectivity: A key element for the Industry 4.0. The province, in the national ranking, in this entry arrives third in Italy for broadband coverage. This also thanks to the presence on the territory of operators such as Eolo Spa: “To bring high-speed internet access outside the big city centres,” explains the CEO Luca Spada, “has always been our greatest challenge. The government is pushing on the accelerator with the Industry 4.0 plan that will help companies to be increasingly competitive, triggering a virtuous circle of productivity, investment and ability to better respond to markets. It is an essential necessity, and a need felt not only by companies, but also by families: with more than 10,000 new customers per month, we approach families, businesses, artisans in the world”. There is, however, a problem in Italy that Spada defines as the digital divide of small urban centres, those where it often houses the backbone of the Made in Italy manufactory composed of SMEs: “The speed divide threatens to compromise the competitive capacity of the country, especially if we consider that the vast majority of companies have offices and establishments in municipalities with less than 20,000 inhabitants. Thinking about them we have developed the 100 Mega technology that will allow us to help companies and entire districts to be more competitive. It is a revolution that starts from Varese but will arrive in all the regions where we operate.” In practice, the promise that Spada makes is to “allow companies of Valcuvia or Valganna to be able to count on a connection speed equal to that of companies at the gates of Milan.”