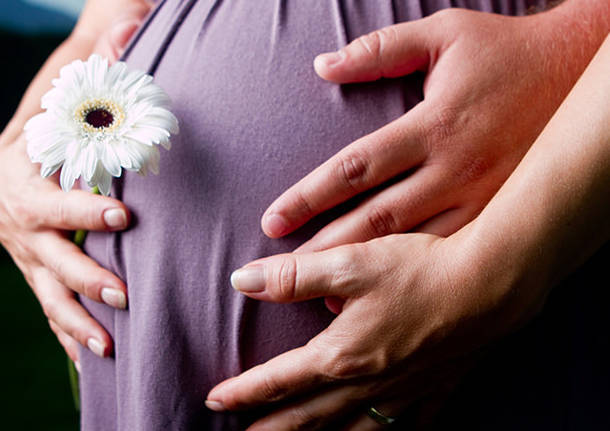 There are 77 hospitals throughout Italy included in the project promoted by ONDA, the National Observatory on Women’s Health and Gender, with the patronage of AISM, the Italian Multiple Sclerosis Association and SIN, the Italian Neurology Society, and the unconditional contribution of Teva, aimed at improving accessibility to services provided by multiple sclerosis clinics that support women affected by the disease who are trying to become pregnant. These clinics adopt a multidisciplinary approach in the treatment of patients who would like to become mothers, offering dedicated clinical pathways and preconception counselling.

“By mapping the whole country, including hospitals that have been acknowledged as a providing effective services for women, and not only, with 89 hospitals taking part,” said Francesca Merzagora, the Chairwoman of ONDA, “we assigned the ‘Stork’ to 77 hospitals where women can find the support of a multidisciplinary team. In these hospitals, a publication will also be distributed that aims to help women with multiple sclerosis to face their wish for motherhood, pregnancy and parenthood with greater awareness and serenity, providing some ideas to facilitate discussion of these delicate aspects with their specialists.”

More than 79,000 Italian women suffer from multiple sclerosis. It was once the case that these women would have been strongly advised not to have children, but today, the scientific evidence shows that it is possible for them to become pregnant without changing the course of their disease in the long term and without causing harm to the unborn child. Nevertheless, mistaken beliefs still persist that undermine the desire for motherhood in many women with multiple sclerosis, as demonstrated by a European survey carried out in 2017 in five countries, including Italy, on 1000 patients aged between 25 and 35 years: 85% of Italian women with multiple sclerosis are afraid they will not be able to have children, and 49% say they are afraid of passing the disease on to their child.

The project ‘A stork for multiple sclerosis’ seeks to send some important messages: you can become a mother with multiple sclerosis; multiple sclerosis cannot be passed on to your children; therapies that modify the course of the disease do not constitute an absolute obstacle to pregnancy; you can breastfeed after the birth, and there is no increased risk of congenital abnormalities in the foetuses.

“Since its inception in 1968, our association has been committed to ensuring that people with multiple sclerosis can achieve their life plans,” said Angela Martino, the national Chairwoman of AISM. “If a woman wants to be a mother, it is right that she should know this is possible, despite the disease. This disease affects women twice as much as men; it comes when you are young: it is natural for many women to wonder about the choice of having children, to be concerned about the ability to manage the pregnancy and the growth of their children. Thus, initiatives, like ‘A stork for multiple sclerosis’, respond to a genuine need of women affected by this disease, to strengthen services and accessibility to them, and to be able to count on greater support. This is why we’re happy to provide our support.”

“I’m happy to receive this acknowledgement, which helps to give visibility to an important part of our hospital, in which professionals are constantly engaged in the search for solutions aimed at optimising the care and assistance given to people affected by multiple sclerosis,” said the Director General of Valle Olona Health Authority, Dr Eugenio Porfido.

On Friday, 29 March, the twenty-second “Monothematic Insights into Multiple Sclerosis” event, organised by the Multiple Sclerosis Centre of Valle Olona Health Authority, directed by Dr Mauro Zaffaroni, with the scientific direction of Prof Giancarlo Comi, will take place in Gallarate. This year the event has as its theme the optimisation of treatment, and, as usual, will host the annual meeting of the Multiple Sclerosis Study Group of the Italian Neurology Society. The speakers at the conference include the most representative experts in Italy, in the treatment of people affected by this neurological disease, which affects about one person in 1000, but which, today, is treated more effectively.