“Office Station” inaugurated: a new space for business and co-working

Sergio and Marco Gandola have launched the business centre and co-working space in the former LESA building in Saronno. The offices provide premises for about thirty companies 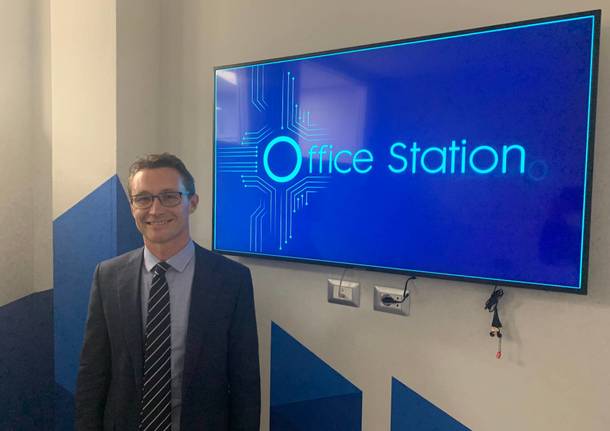 It is a new modern, large operating area, inside a building that embodies Saronno’s industrial tradition. Inaugurated with an event for “Office Station” employees only, this space, which is dedicated to business and co-working, was sought by the SIGES IT Group, an Italian company founded in 1978 by Sergio Gandola, which has been carried on by his sons, Luca, the technical manager, and Marco, the current CEO; the company is specialised in designing, producing and maintaining software, and in the field of technical services and telecommunications in the tourist and healthcare sectors. 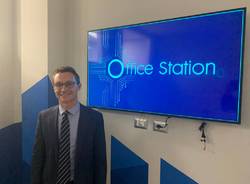 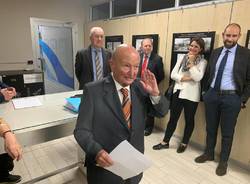 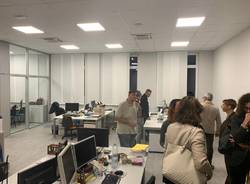 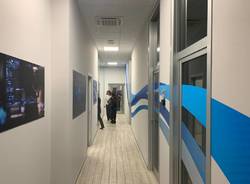 The new rooms are on the third floor of the building in Via Ferrari, which was once the headquarters of LESA, a company that produced electrical components in an area behind the station, that provided jobs for thousands of people, where Isotta Fraschini and subsequently CEMSA, an enormous industrial zone requiring redevelopment, were active. The SIGES Group occupies a total of 4000m2, of which 2500m2 is currently allocated to the Business Centre (which currently houses about 30 companies in various sectors); the area dubbed the “Office Station”, and provides technology, innovation and the opportunity to share common areas, just like in the most modern co-working companies.

The founder of the group, Sergio Gandola, who is nearly eighty years old, did the honours and cut the ribbon, in the presence of his wife and his sons Marco and Luca, with engaging enthusiasm. “Finally, we’ve managed to conquer the third floor, but we’re not stopping here; this is just the starting point, not the finishing line. Our company has solid foundations, know-how and financial standing. We have more than one hundred permanent employees, which is rare in this country; we are a cohesive group, which is heading to the future. Our goal must be to grow, to gain a larger share of the market, and to increase the knowledge of our reference markets, namely tourism, healthcare and consulting,” Gandola said. “The hope is to continue to believe in what we do, our strength is our employees, people of worth, they’re an invaluable asset.”

“We’re the largest, most modern and oldest business centre in Saronno. We have fully furnished offices and workstations, with innovative and functional, shared and coworking areas. We’ve created a mix of shared spaces, lounge rooms, conference halls, meeting rooms, training rooms, breakout areas. It’s a multi-functional place, for business and coworking,” said Marco Gandola.  “More than twenty years ago, we had the first idea for this; we’ve grown and evolved into a historical building, an old factory that we’ve modernised, emphasising Saronno’s industrial tradition, thanks to an internal group that has worked hard in recent months. I’d like to thank Simona Ciccone, the hardware group, Elisa Bonfanti and Stefano Mastrorilli. We’re one of the largest spaces of this kind in the province; we’re modern, and innovative from all points of view; with this evolution, I’d like to begin new partnerships. One example is Copernico, a hybrid space, where experiences and backgrounds mix; we want to improve services and to encourage sharing and stimulate interest.”