Varese Province is getting ready to host the “Special Olympics”

Over three thousand athletes from all over Italy, with thirty-five delegations alone from Lombardy. These are the figures for the next Games, which are being held in the Province, from 13 to 18 June 2020 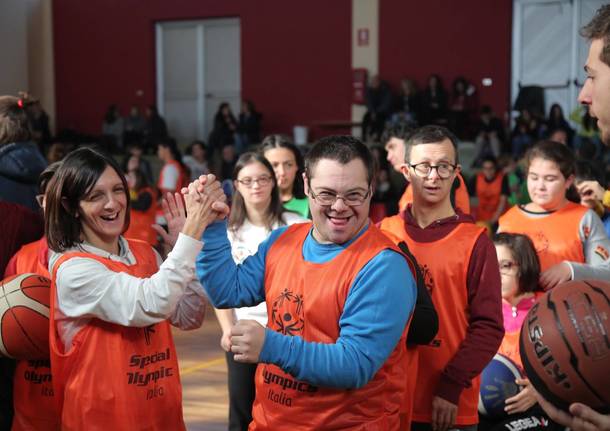 Over three thousand athletes from all over Italy, with thirty-five delegations alone from Lombardy. These are the figures for the next “Special Olympics”, which are being held in Varese, from 13 to 18 June 2020.

The Varese 2020 National Summer Games were unveiled this morning, Sunday, 1 December, in Ville Ponti, during the Regional Convention of Team Lombardia.

What is the convention? It is a moment in which experiences are shared among athletes, family and volunteers, by those who are close to the world of the Special Olympics. It is an important moment to reflect on how much we can still do to improve the lives of people with disabilities and, even more, an opportunity to raise the awareness of those who have still not personally experienced the Special Olympics.

The convention began with a plenary session that retraced the last two years of the Special Olympics work of Team Lombardia; the European Basketball Week was held from 23 November to 1 December 2019, with the aim of encouraging and increasing opportunities for young people with mental disabilities through one of the world’s best-loved team sports.

Then the social campaign, #rifiutoilpregiudizio (#irejectprejudice) launched by Special Olympics Italia during the week dedicated to basketball. The goal of the campaign is to break down the stereotypes and prejudices that still exist affecting people with mental disabilities, through a call to action, by “taking the field” virtually with Special Olympics athletes who demonstrate their ability and talent on the playing fields every day.

This was the occasion in which the future activities were presented, particularly the event that will most highlight Lombardy Region: the Varese 2020 National Summer Games.

“Two years ago, we began working on raising awareness of the Varese area and the positive response was not long in coming,” the organisers explained. “A great many events aroused enthusiasm and took place thanks to the collaboration of many organisations that wanted to participate actively. For this reason, Varese was chosen as the headquarters of the next National Summer Games. None of this will be possible without the collaboration of the authorities, from Lombardy Region to Varese town council, from the Chamber of Commerce to the University of Insubria.”

This means that in June, many of the Province’s facilities will be involved in the Olympics. An Olympic village will also be built, and the opening ceremony for the games will be carefully planned. The Olympic torch will leave Milan and arrive in Varese.

It will be a very important moment, not only for Varese sport; the town will have the opportunity to open up and “be contaminated” with another event.

In the second part of the morning, the project “Young Leaders” was presented; this programme was created by the Special Olympics headquarters, in Washington, with the aim of training the leaders of tomorrow. Young Leaders promote the rights of people with mental disabilities, they are a source of inspiration for their peers, and increase the opportunities for inclusion, through the Special Olympics, in school and in the community. Young Leaders help develop a social awareness of diversity and stimulate debate on how to reverse the stereotypes that still affect people with mental disabilities today.